This month marks the debut of the impressive new picture book JOSEPHINE: the Dazzling Life of Josephine Baker (Chronicle, 2014).  During a recent visit to The Cat & The Fiddle author Patricia Hruby Powell graciously answered my questions about the book.

1. How did you get the idea to write a book on Josephine?

Josephine was a dancer. I’m a dancer. I’m also a children’s librarian—a substitute librarian. Back in 2005 while working at the Urbana Free Library, we had a regular group of African American pre-teen girls in the children’s department who were vying for attention. They were—you could say—belligerent. Naughty. They seemed pretty lost—unguided, unfocused. I decided that Josephine Baker could be a great role mode. I went home with a few books—adult and children’s--and started researching. I knew Josephine had been a maverick, was sexy, beautiful, adventurous, wild, fearless--sort of like Madonna in the way she’s reinvented herself over and over—but I hadn’t known Josephine worked for civil rights or adopted 12 children of various ethnicities and religions. Josephine’s time had come. She deserved to be known by Americans. (Not just the French).

2. What were the highs and lows of writing this book? Could you describe your research process?

Highs: writing the rhythmic text. The words danced off my pen and onto the page. Josephine is such a lively subject. And there’s footage of her early dancing, some of which can be seen on my website. She’s so dang cute. And original. And she wrote five autobiographies—all in French—the first when she was about 20 and it’s wonderfully lively. There is plenty of primary source material for research.

Lows: I love to research, but I had to repeat my research too many times. The first time around I didn’t cite any of my sources. I brought Josephine to a workshop conducted by Carolyn Yoder of Calkins Creek. She liked Josephine but advised me to cite all my sources in the text. So I got all those (French language) books from interlibrary loan a second time, reread them and this time more biographies and recordings of interviews on obsolete technology, pored over them, and cited every last hiccup. And Carolyn turned Josephine down. But EVERYTHING was cited. When my agent, Anna Olswanger, read Josephine for the first time, she told me all those superscripted citation numbers were deadly, to get rid of them. Which I did. Later, after Josephine was acquired by Chronicle, it was sent to an expert and read for accuracy. A couple of my facts were challenged. So I had to go back and get those rare sources from interlibrary loan again and prove what I knew to be true. Over those years, Josephine’s French language autobiographies got much harder to find. They’d been disappearing at a rate.

3.  This book is unique for a few reasons: it's for older readers, yet it's a picture book, in verse, with some mature material. Were you concerned that you were going "out of the box?" Can you tell us your thoughts about why you chose this format?

I first wrote Josephine as a picture book of about 1000 words. After a couple agents were excited about it, but then rejected it, I rewrote it, imagining it as a slim YA book in verse to be illustrated with quick stroke black and white drawings reminiscent of Paul Colin’s 1920s posters of Josephine. My agent Anna offered to represent me on the basis of Josephine. And we accrued a whole mess of rejections—but it generated a lot of excitement as well. My eventual editor Melissa Manlove at Chronicle received a 7,500 word biography in verse, and she asked if I would try cutting out half of it. Agent Anna suggested I take out chapters that were too old for the picture book crowd—about Josephine’s marriages and breakups, her political fiascos, with an eye to making it a picture book. Chronicle then acquired the 3500-word revision, and Melissa began adding back some of those deleted stanzas. Not entire chapters, though.

So bless Melissa Manlove, she saw what the book could be. She didn’t tell me, there’s no way to sell this. She didn’t tell me, it was too long or too sexy. She had a vision for the book. It sort of makes sense, that Josephine the manuscript broke so many rules, because Josephine the person did first--an African American being a superstar in the 20’s? Dancing with such abandon? Adopting 12 children of different races? Working as a spy for the French and its allies? Being a civil rights worker in the 50’s before the big names came on the scene?

4. What do you hope children take away from this book?

I hope children will think, I can do that. I can do anything I set my mind to do. I can invent things that no one has done before and do them.

5. What's next, and what are you working on now?

I’m finishing up a documentary novel in verse for teens about Mildred Jeter, black, who married Richard Loving, white, in 1958 when interracial marriage was illegal in 24 states. They were arrested, jailed, banished from the state of Virginia for nine years until their case went to the U.S. Supreme Court and decided in their favor.

I’ve also started a novel set in the jazz age, which takes on some ideas I uncovered in the LOVING story and in Josephine. Historical fiction is like nonfiction in that it requires loads of research. Often the next book comes from a kernel found in a previous book, or the research of it.

Many thanks for this interview, Patricia, and a dazzlement of congratulations on your book!

Posted by Michelle Markel at 12:00 AM 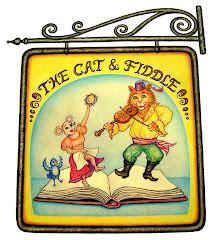 Michelle Markel
Michelle Markel's books for children span a variety of genres including fiction, non-fiction and creative non-fiction. Her critically acclaimed biographies include BRAVE GIRL: CLARA AND THE SHIRTWAIST MAKERS' STRIKE OF 1909 and THE FANTASTIC JUNGLES OF HENRI ROUSSEAU. Michelle teaches a class in Writing the Picture Book at UCLA Extension's Writers Program and is a founding member of CAN!, the Children’s Authors Network. 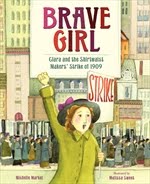 BRAVE GIRL: Clara and the Shirtwaist Makers' Strike of 1909, Illustrated by Melissa Sweet 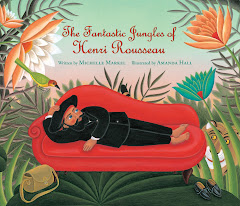 THE FANTASTIC JUNGLES OF HENRI ROUSSEAU:Illustrated by Amanda Hall 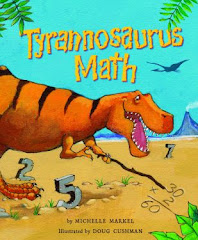 For information about school visits and other types of presentations visit my website.

Comments
Cat & Fiddle image copyright 2009 by Sara Arditti.
Sara Arditti is an artist and illustrator living internationally. She may be reached at Saraarditti@yahoo.com